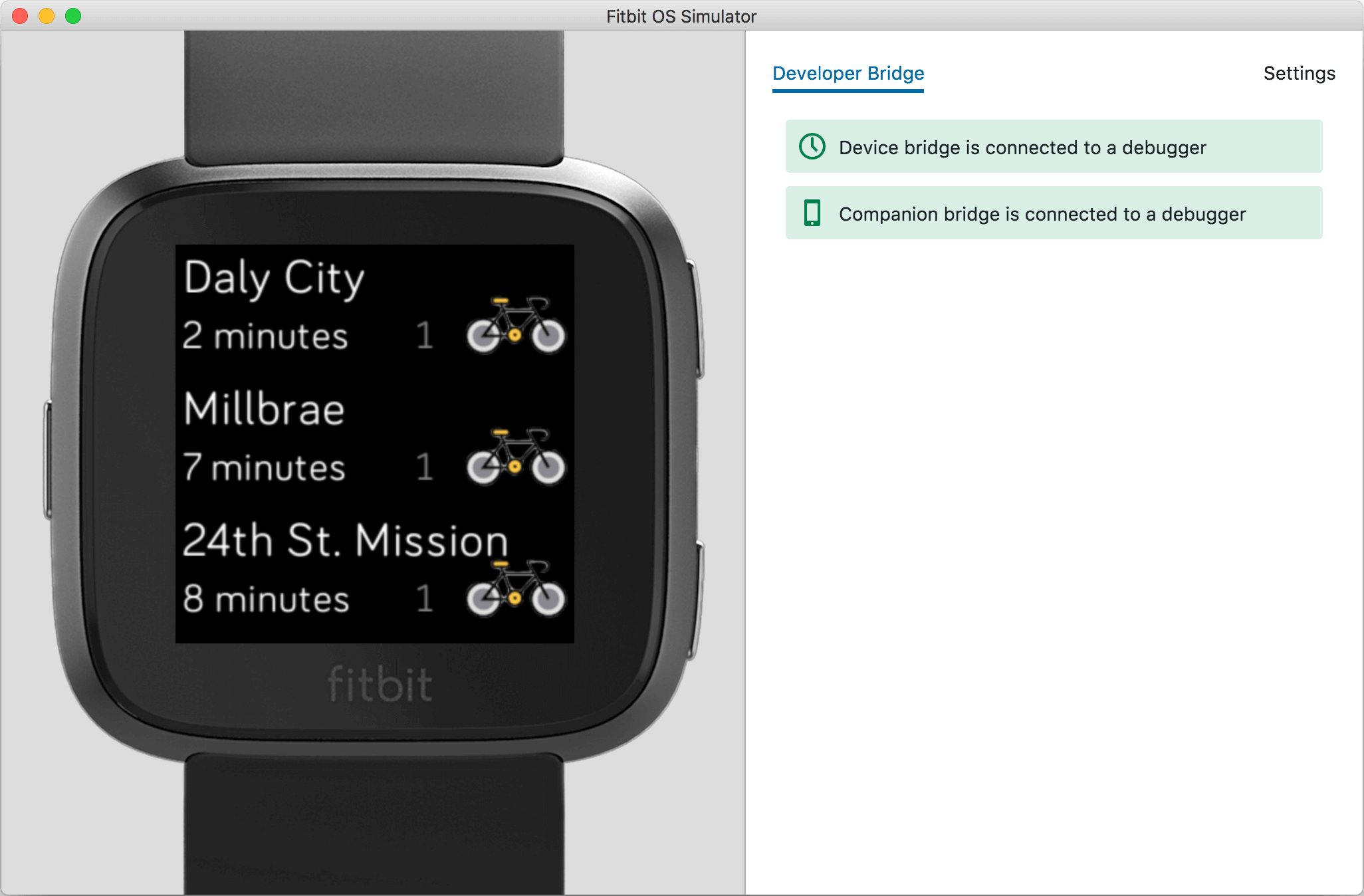 Alongside the launch of the new Fitbit Versa smartwatch, we're also introducing our brand new multi-device simulator and Fitbit OS 2.0. This builds on the foundation of our powerful operating system, which debuted with Fitbit Ionic last year.

This latest firmware version will be installed on all Versa devices, and provided as an update for all Ionic users this Spring.

In addition to the new features in Fitbit OS 2.0, such as the new shortcuts menu to access music controls, Fitbit Pay and quick settings, and the updated interactive dashboard, this major milestone release focuses upon three key areas of interest for developers using the Fitbit SDK:

In addition to the new form factor and hardware design of Versa, there are some specific hardware differences between Ionic and Versa that developers should be aware of when creating applications or clock faces:

In order for developers to concurrently build applications for Versa and Ionic, we have updated Fitbit Studio to include the ability to build projects for multiple devices by selecting the relevant Build Targets within the package.json file.

Resources such as images, css, and gui files can be targeted to specific devices by using the following file-naming convention:

During the build process, we generate individual applications for each build target within a single .fba file, but we only include the relevant resources for each platform.

We always try to use the resource with the highest specificity first, then fall back to the default filename. For example, if you included these two files in your project:

From a referencing perspective, just refer to the base filename (e.g., styles.css) in your code or gui files.

To perform device detection within your code files, we've updated the BasicDeviceInfo interface to include the screen width and height. This is in addition to the existing modelName and the modelId properties. You can access screen dimensions via the Device.Device API, or the Companion.Peer API.

If you want to use the new screen property, you must define a default width and height, in order to ensure your applications continue to work on Ionic devices running older firmware.

If you want to provide settings based on the type of connected device, you would need to pass them from the Companion API to the Settings API using settingsStorage, as follows:

It's important to note that any existing application or clock face which has been published in the Fitbit App Gallery will not be automatically available on Versa devices. To avoid poor formatting or broken apps, we decided not to automatically port over apps and clock faces to Versa. This decision was based on internal testing and feedback.

In order to make your app available on both Ionic and Versa, you should follow these steps:

You don't need a Versa or Ionic to get started---just try our amazing multi-device simulator.

We're incredibly excited to bring developers the first version of our brand new multi-device simulator. This is a complete game changer in the Fitbit SDK development cycle. Not only is development faster, but now you can build and test applications for Ionic or Versa without owning the physical hardware! This opens the door to virtually anyone who has an interest in developing for the Fitbit platform.

This is a major milestone in the history of the Fitbit SDK, delivering the second most requested feature in our community.

The simulator is provided as a downloadable cross-platform Electron application for macOS and Windows directly within Fitbit Studio. It supports the Companion API and Settings API and can be used as an alternative to the physical device. We don't currently have any plans to implement a Linux version of the simulator, but if you feel strongly about this, please submit a feature suggestion.

Once you have downloaded and launched the simulator, you will be prompted to log in using your Fitbit account. At this stage the simulator will automatically connect to the developer bridge, and await the connection from Fitbit Studio. Now all you need to do is initiate the connection from Studio by selecting it from the devices menu, and begin installing your project.

To switch between Ionic and Versa, click on Settings in the simulator, and select the required device from the Device Type menu. After switching devices, you will need to select the device in Fitbit Studio to establish the developer bridge connection.

To find out more about the simulator release, please read the Release Notes.

If you've previously published an app or clock face to the Fitbit App Gallery, make sure you submit an updated version with support for both platforms. Don't forget to share your Versa screenshots on Twitter with the #Made4Fitbit hashtag.